Pastor Esther Obasi-ike is a multi-gifted international motivational speaker, a pastor, conference facilitator, leader, mentor, Government, non-governmental and corporate consultant. A counselor, teacher, author, spiritual leader, advisor, educator and media guest. She has traveled extensively to over twenty five nations within four continents. Her global reach influences all level of society and her inspirational message of leadership with integrity, empowerment, discovery of personal purpose, walking in purpose and fulfilling purpose continues to transform millions around the world. Pastor Esther is a sought-after speaker for conferences, conventions, seminars, training workshops by Governments, corporate companies, non-profit organizations, churches, schools and universities from over 25 nations.

Pastor Esther gave her life to Christ in 1984 and was elected into Christian Union leadership position in 1987. In 1996 she joined her husband Pastor Prince Obasi-ike as pioneer missionaries of RCCG Eastern Africa and was ordained a pastor of RCCG in 1997. She is the pastor in charge of RCCG Solution Centre, Nairobi with over one thousand members. She is also the Founder/President of the Queen Esthers’ Generation (QEG), a dynamic interdenominational women’s outreach with its headquarters in Nairobi, Kenya. The outreach is held on monthly basis and has a membership of about 3000 women. QEG aims to Transform, Equip, Empower and Engage God’s people for Christian Service. Currently, QEG has presence in six counties of the Republic of Kenya with the goal of covering the entire forty seven by 2020

Dr. Esther is the founding CEO of Power in the Word, a non-profit organization that uses the media to bring souls into the kingdom of God and empowers Christians to live a godly life. In addition, she is the elected Chairperson to the Management Committee; Queen Esthers’ Welfare Group (QEWG) a community based organization involved in community service and Maendeleo savings and Credit Kenya

She is an excellent communicator and prolific writer who has authored Six books. Her books include; From Grass to Grace, Celebrating the Lover of Women-Jesus Christ, How to maximize your Potential, Give us our Inheritance and Real People, Real Issues and The Real God which was launched in her 50th birthday on 23rd July 2016. Her 7th copy which appears as number six in order of publish is a book that she has co-authored with her husband, Purpose and Promise-Driven Life. She also offers education products in form of CD’s, DVDs and messages on YouTube on leadership with integrity, empowerment, discovery of personal purpose, walking in purpose and fulfilling purpose.

For over a decade, Dr Esther has been a media personality both with radio and television houses. She features in both Christian and secular national media houses especially in response to national concerns and moral issues. Under the platform of power in the word, she produces numerous radio and television programs which impact positively on millions of people and are broadcasted in major national media houses and has consistently aired on Hope FM close to 2 decades. Her media influence goes as far as her weekly broadcast on wisdom speaks radio USA.

Pastor Esther is a government, non-government and corporate consultant on spiritual and leadership matters. She is the founding Director of the Cutting Edge Minds Limited. She has consulted for the Government, small, medium and large sized corporations. Her clients list include; County Governments in Kenya, and the leading communication corporation in Kenya, Safaricom Limited.

Pastor Esther has earned a doctorate in Missiology from Fuller Theological Seminary, California USA and a Masters’ degree from Africa International University Nairobi Kenya. She was trained in the world class Haggai Institute Hawaii USA and now serves as a facilitator at Haggai Institute, Nairobi, Kenya.

Pastor Esther is a family woman. She is married to Pastor Prince Okechuku Obasi-ike the pioneer missionary of RCCG Eastern Africa Region since 1995, a man gifted and called to demonstrate God’s power in the kingdom. Esther and Prince work as a team to fulfill their purpose, they are enjoying 25 years of marriage and are the blessed parents of two young sons Favour Obasi-ike and Goodnews Obasi-ike.

QEG is impacting lives of the people around us

Occasionally, QEG holds free medical camps to underpin our pledge for a sustainable society.  Our other  CSR activities include prison visits, feeding program, girls mentorship program amongst others. 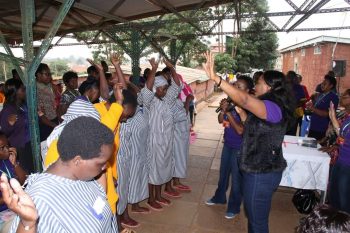 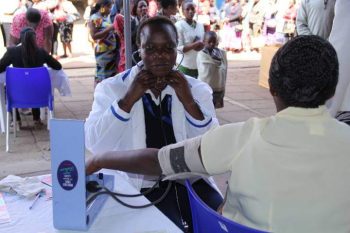 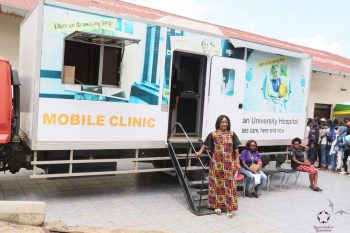 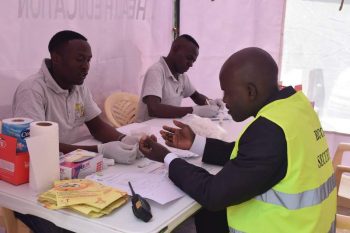 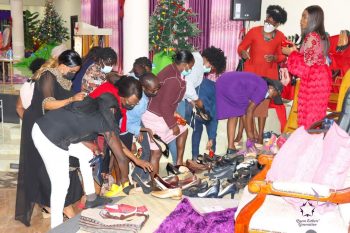 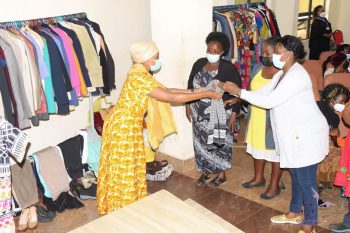 Pastor Esther Obsi-ke Ph.D. has a new book. "The gods of the marketplace" that will transform your life. Call us for more information. Dismiss